This project is to develop an extension framework to integrate diverse devices into our distributed web application for surface applications. The extensions will allow different devices to leverage different interaction strengths while still being part of a single instance of a distributed web application. Initial examples include multi-user interaction for large screens, and motion interaction for small devices such as smartphones and tablets. Such features can be handled using current web-browser capabilities. Later emphasis will include 3D motion detection using our Microsoft Kinect device to be used in conjunction with large screens, and integration of virtual and augmented reality displays such as our Oculus Rift. These features cannot be directly provided through browsers and will involve development of browser plug-ins to interface with native code. As well as developing the software for these extensions, we will integrate them into our exisiting applications.

Demonstration of touch-transfer from wall-display to smartphone: 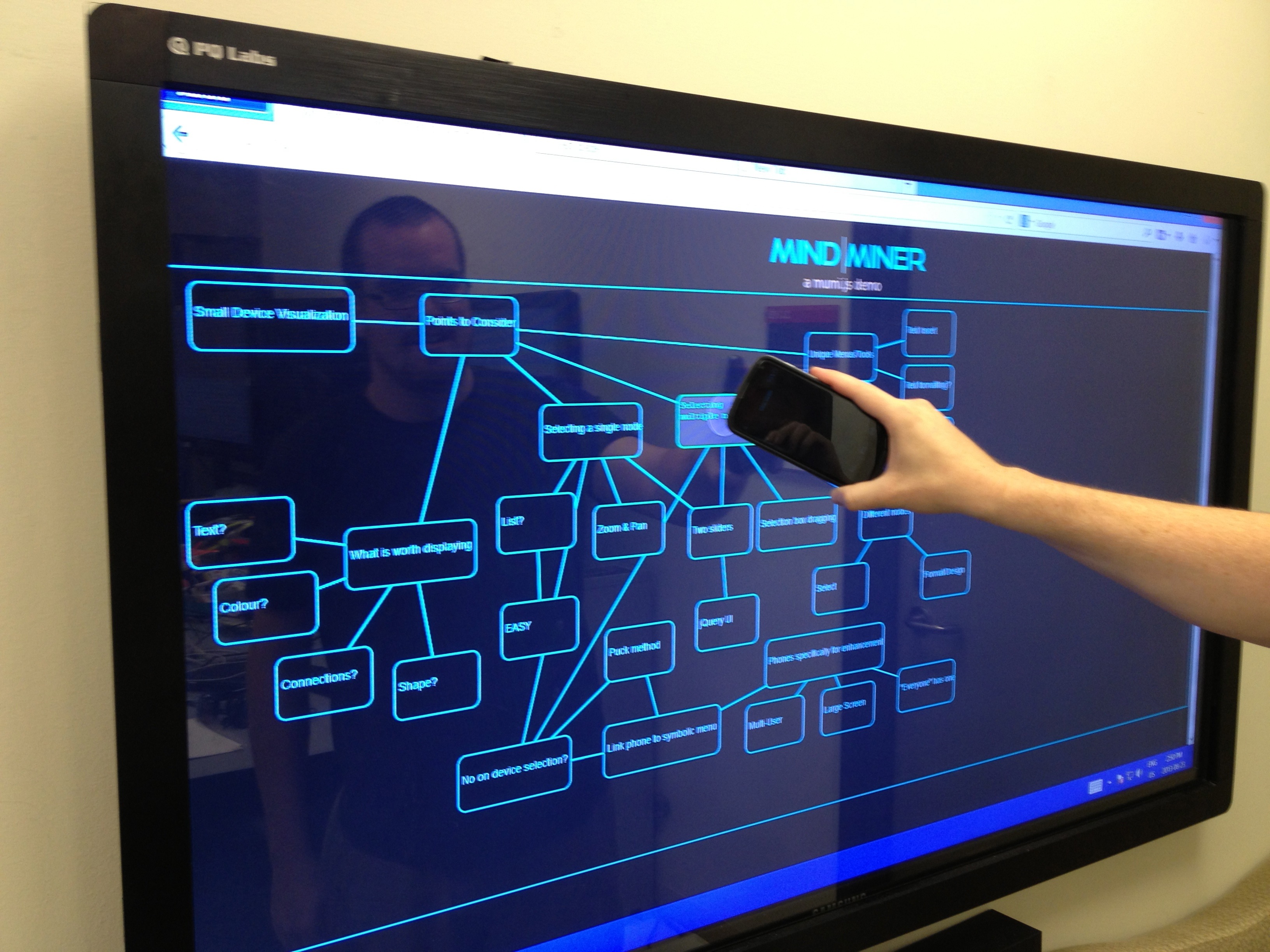