With the advent of electronic music and computers, the human-sound interface is liberated from the specific physical constraints of traditional instruments, which means that we can design musical interfaces that provide arbitrary mappings between human actions and sound generation. This freedom has resulted in a wealth of new tools for electronic music generation that expand the limits of expression, as exemplified by projects such as Reactable and Bricktable. In this paper we present ToCoPlay, an interface that further explores the design space of collaborative, multi-touch music creation systems. ToCoPlay is unique in several respects: it allows creators to dynamically transition between the roles of composer and performer, it takes advantage of a flexible spatial mapping between a musical piece and the graphical interface elements that represent it, and it applies current and traditional interface interaction techniques for the creation of music. 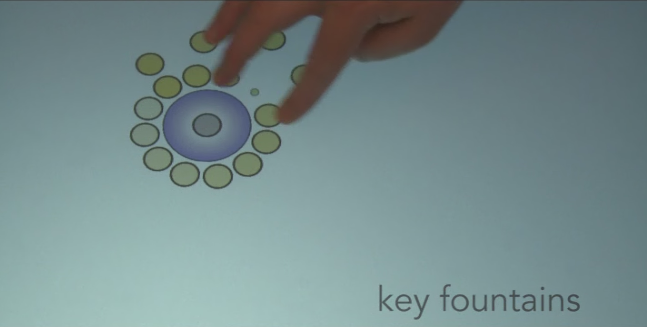